Questions about the Round Table, or about joining us as a partner for future Round Tables?

We are happy to hear from you!

We thank everyone who contributed to making the 10th UIA Associations Round Table Europe a success!

Thank you to the association representatives for your participation, your ideas, your questions. We were delighted to be able to welcome you all.

Thank you to the speakers for your thought-provoking presentations and lively discussions.

Thank you to our partner at the Monaco Convention Bureau for the warm welcome.

You can find the speakers’ presentations, a list of participants and photos below.

Prof Amara Amara, IEEE - Institute of Electrical and Electronics Engineers
on the challenge of organizing an international event for IEEE
Download Presentation (PPTX)

Chloe Menhinick, International Water Association
on the challenge: Evolve or die: the changing organization in the land of associations
Download Presentation (PPTX)
"Evolve or Die, a simple choice for professional associations?" (newsletter article)

The Sweet Spot of Leadership: assertive, not aggressive

Photos of the event 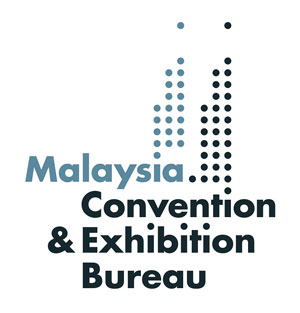 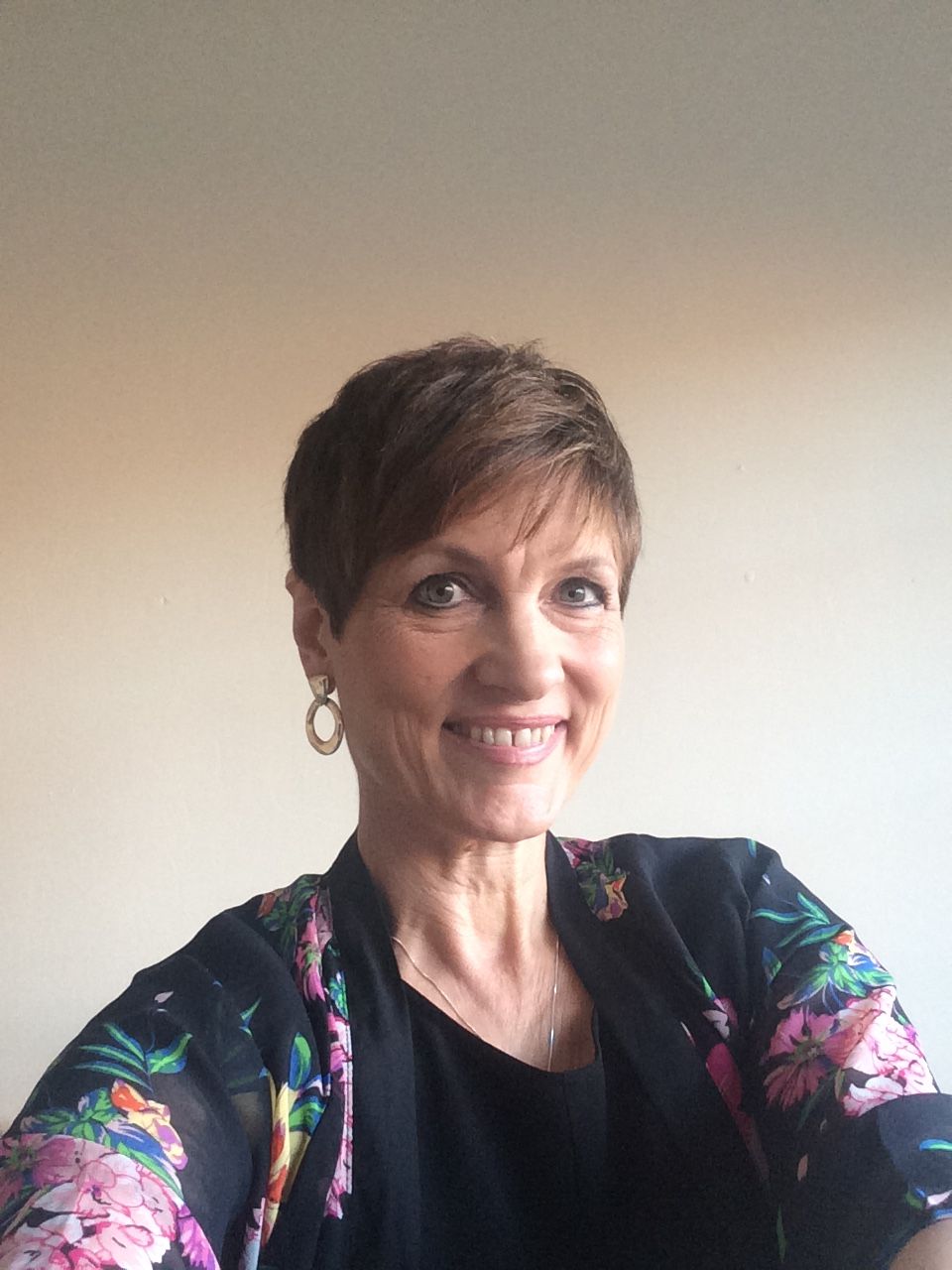 Denise has around 30 years’ experience in communications and fundraising and is a former CEO of a UK not for profit. She is currently the Communications and Fundraising Manager for CISV International, where she has worked for the past 8 years.

CISV International is a federation of member associations in 70 countries around the world, which brings its own exciting communication challenges!

Much of Denise’s work with CISV has centred around finding a common organizational language and communication style that works across borders, languages and cultures.

She is excited to speak to the UIA Round Table about international communications and the lessons we can learn from each other. 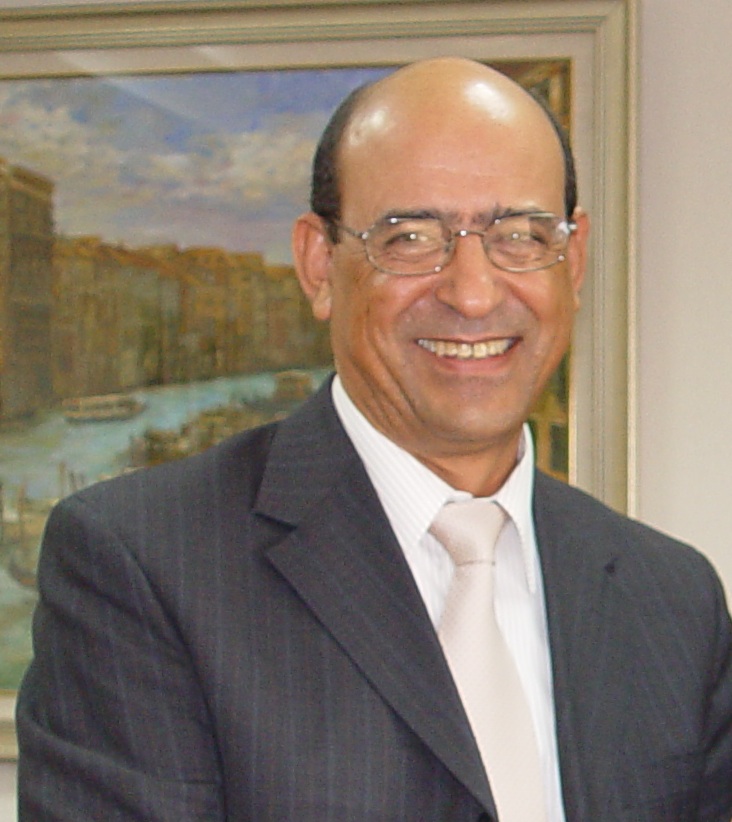 Prof. Amara AMARA obtained his HDR (Confirmation of Leading Research Capabilities) from Evry University, a Ph.D. in computer science in 1989 and a Master in 1984 in microelectronics and computer science from Pierre and Marie Curie University (Paris VI).

In 1988 he joined IBM research and development laboratory at Corbeil-Essonnes as invited researcher where he was involved in SRAM memory design with advanced CMOS technologies. From 1989 to 1992, he was associate professor developing microelectronics academic programs for CEMIP (Microelectronic Center of Paris Iles-de-France) and took part actively in many European Research Projects. In 1992, he joined ISEP (Paris Institute for Electronics) in charge of the microelectronics laboratory where he headed a joint team (Paris VI and ISEP) involved in High Speed GaAs VLSI circuit design and developed curricula in Microelectronics. He was involved in education management and research management for almost 34 years. Currently he is Deputy Managing Director of ISEP in charge of Research and International Cooperation and member of the ISEP ExCom (5 members). His research interests are mainly focusing on Low Power and Low Voltage circuit design techniques and on Circuit and Device Co-design for advanced technologies (SOI, DGates FD SOI, Ultra Thin Body SOI, 3D Integration, molecular…). In 1999, he spent his sabbatical at Stanford University working as a visiting researcher in Professor De Micheli’s group.

ISEP Executive Committee has appointed Amara in the position of Director of Research with the goal of establishing advanced research activities at ISEP in the fields of micro and nanoelectronics, telecommunication, signal and image processing as well as computer engineering. He started from scratch and his continuous effort has led to the creation of a well established laboratory called LISITE which is now composed of 21 researchers, 18 PhD students split over 3 teams in addition to visiting scholars and visiting researchers. The laboratory is mostly funded by industry through collaborative research projects or bilateral research agreements. 17 PhD students among 20 he advised so far were funded by industry. His laboratory is now associated with the famous Doctoral School EDITE, one of the Doctoral Schools of the prestigious Pierre and Marie Curie University (UPMC).

Amara has a strong activity within IEEE since he joined this prestigious organization in 1992. He has been Vice President of the French IEEE Section since January 2004. He has been elected President of the IEEE France Section for a 3 years term starting from January 2014. From 2000 to 2004 he was Chairman of the IEEE-CAS France Chapter (Recipient of the 2004 Best Chapter of the Year Award and a Certificate of Appreciation from IEEE Regional Activities), he was member of the IEEE CASS Board of Governors (2008-2014) and was elected in November 2013 member of CASS Executive Committee as Vice President for Conferences (term 2014-2015) and reelected in November 2015 in the same position for the term 2016-2017. As VP for conferences he is the Chair of ISCAS (IEEE CASS Flagship Conference) Steering Committee. As President of the IEEE France Section, he represents France in the IEEE Region 8 board.

Among other activities, Amara is member of the Board of Directors of “ISEP-Enterprises” association, member of the CEMIP Executive Committee (Center for Microelectronics Education), former member of the CEA (Atomic Energy Agency) Scientific Committee, and expert for the Swiss National Science Foundation and the ANR (National research Agency). He initiated in 1997 FTFC, an IEEE Low Voltage and Low Power Conference. Amara is member of numerous Conference Technical Program Committees and Conference organizing Committees, member of the Editorial Board of Microelectronics Journal (ELSEVIER). He chaired IEEE ICICDT 2008 in Grenoble and IEEE ISCAS 2010 in Paris for which he has been awarded the Bronze Medals respectively of the cities of Grenoble and Paris.

Amara published a book on Molecular Electronics (more than 3000 chapters downloads from Elsevier web site) and co-edited two books: “Double-Gate FD SOI devices and circuits” and “Emerging Technologies and Circuits”. He is author and co-author of numerous papers published in IEEE conferences and journals. He supervised 20 PhD students on subjects related to his research interests. 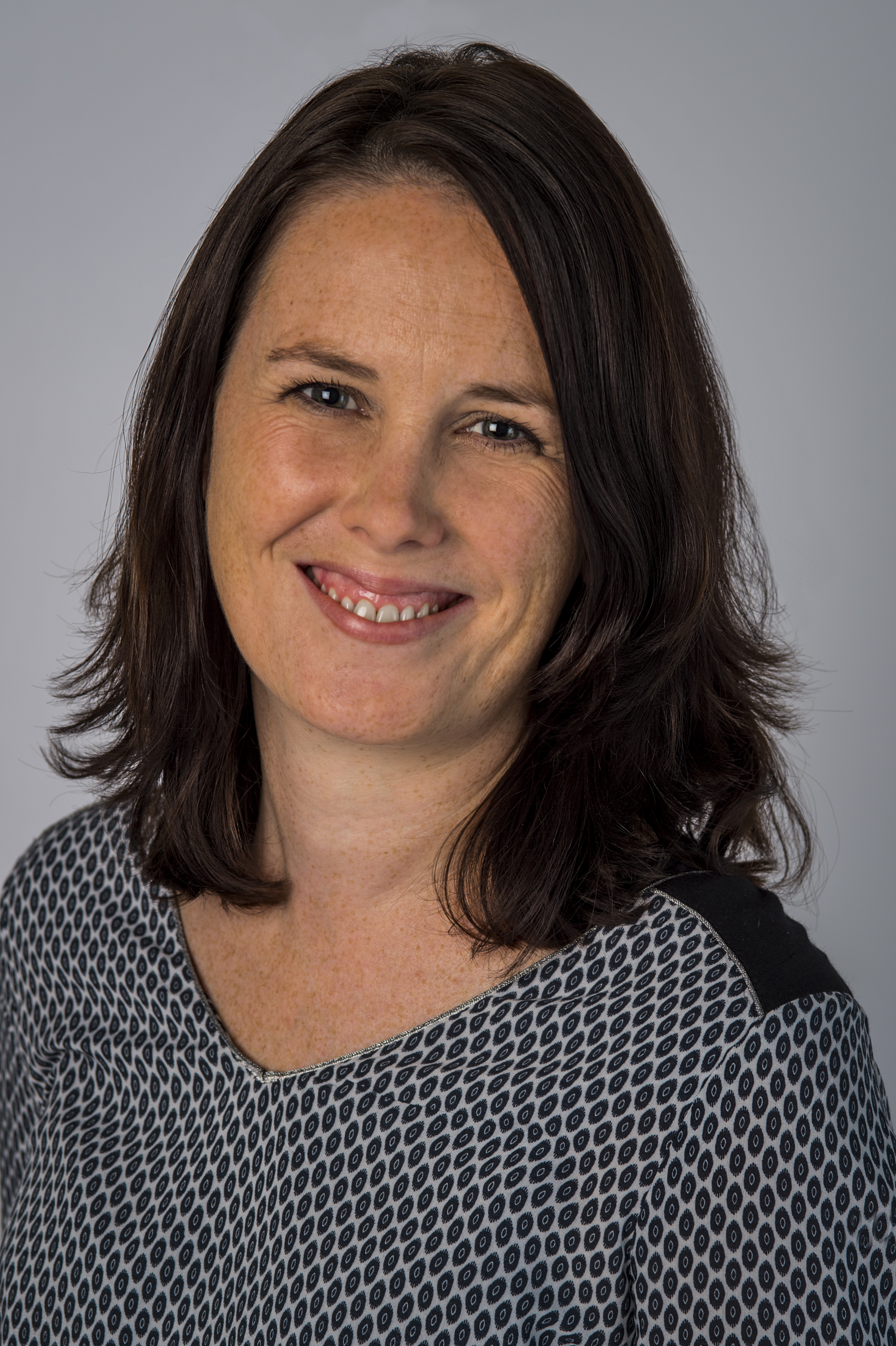 Paula Byrne is Director for Membership and Business Development at CSR Europe, the European business network for Corporate Social Responsibility.

Formerly she was Sustainability and CSR Director for the European Association of Chocolate Biscuit and confectionery Industry, CAOBISCO.

She is an EU Public affairs professional with experience in building relationships and alliances in public and private sectors including NGOs and Academia on sustainable and responsible sourcing in priority supply chains.

Her main achievements at CAOBISCO include a Public Private Partnership project in the Turkish hazelnut sector, European- wide palm oil coalition to support the up-take of sustainable palm oil and the joint industry programme and fund for cocoa research. She formerly held numerous other positions in CAOBISCO and the International Confectionery Association.

Paula is an Irish national and holds a Bachelor’s degree in Arts (Hons) from University College Dublin, Ireland. She lives in Brussels with her partner and her son. 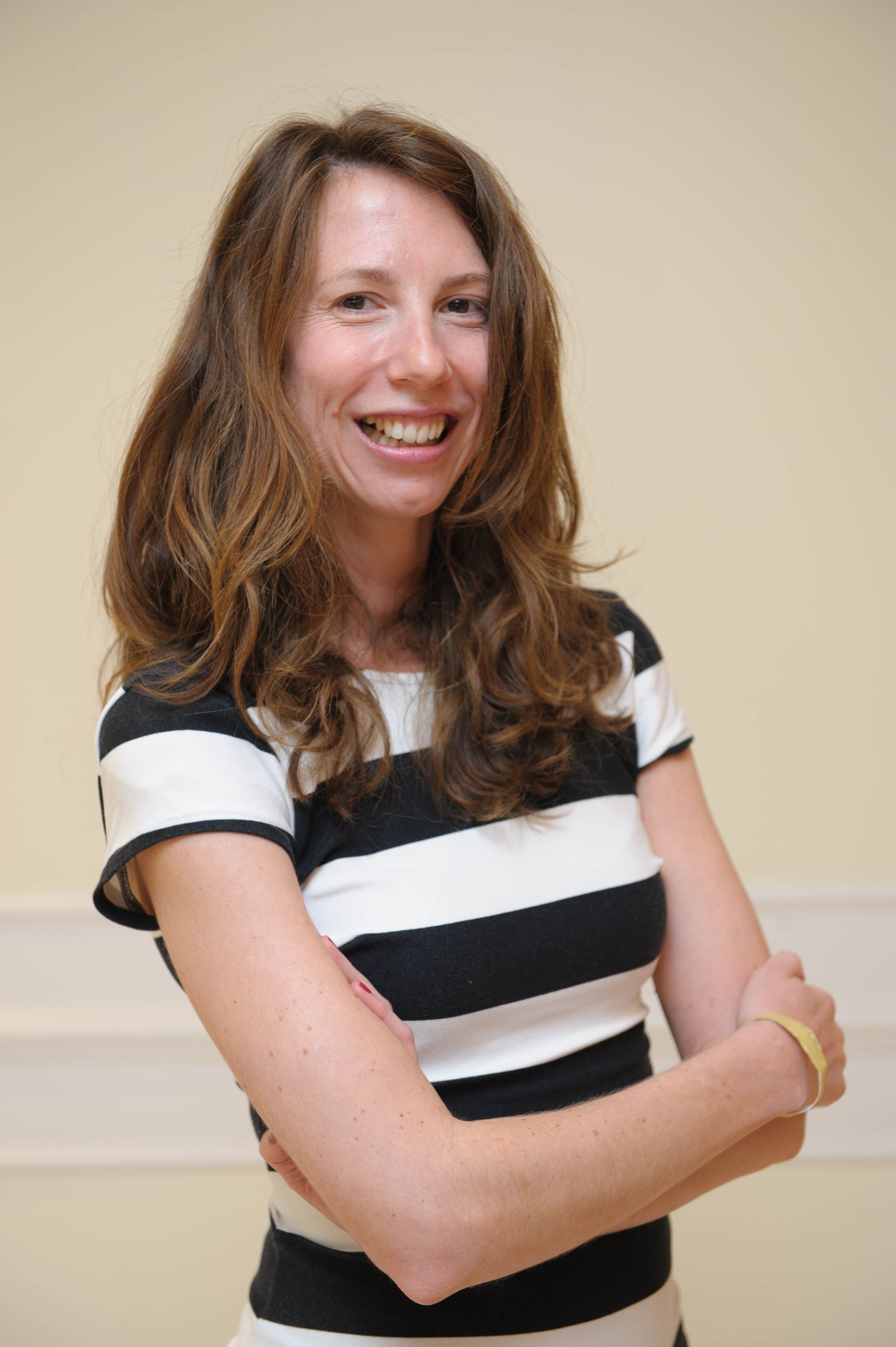 Chloe has worked at the International Water Association since 2005. With an academic background in Political Science and a Masters in Diplomacy and International Relations she has worked across all areas of membership management and engagement. In her current role as the Network Engagement Manager, Chloe is responsible for IWAs Membership and Network retention and growth strategy - which includes responsibility for IWAs Membership Services team, IWA Network Marketing and IWAs Awards & Recognition Programme.

Deeply committed to contributing to IWAs theory of change, Chloe is working to drive opportunities to recognize contributions from, and inspire collaboration of, members from across all sectors and geographies through the development IWAs digital networking platform. As part of this, Chloe is leading the development of IWA Connect - IWAs new online platform for collaboration and participation which aims to elevate and reflect the richness of IWAs offline activities in a thriving online environment.

Chloe has lived in The Netherlands since 2007 and before that has lived in Belgium, Cyprus, Australia, UK and China. 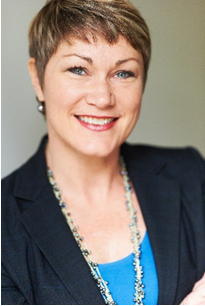 Susan West is currently Managing Director at SJ West Consulting, a Brussels-based leadership development firm. She is an executive coach who brings a wealth of business experience and leadership insights to individuals and organizations to help them build the competencies they need to move themselves forward. She is also a minority shareholder of a privately-held chemical company and an angel investor/ non-Executive Director in a renewable energy development firm, where she advises the management teams.

Earlier in her career she held leadership roles in several Fortune 100 companies including Citibank, Honeywell and Merck & Co. Her responsibilities included leadership and organization development, talent management, succession planning and management of enterprise-wide change initiatives. She held positions at the business unit and corporate level. After moving to Belgium, she became the Chief HR Officer of a global non-profit association.

Ms. West is a faculty member at the Cambridge Leadership Group and teaches leadership and change in the Executive Master in International Association Management at the Solvay-Brussels School of Economics and Management. She is also a regular speaker at international events. Born in New York, she is based in Brussels and has dual American/ Belgian nationality. Ms. West holds a bachelor’s degree in foreign languages from Princeton University and a master’s degree in organizational psychology from Columbia University.