Busan has emerged as a hotspot for incentive tourism

Busan has emerged as a hotspot for incentive tourism 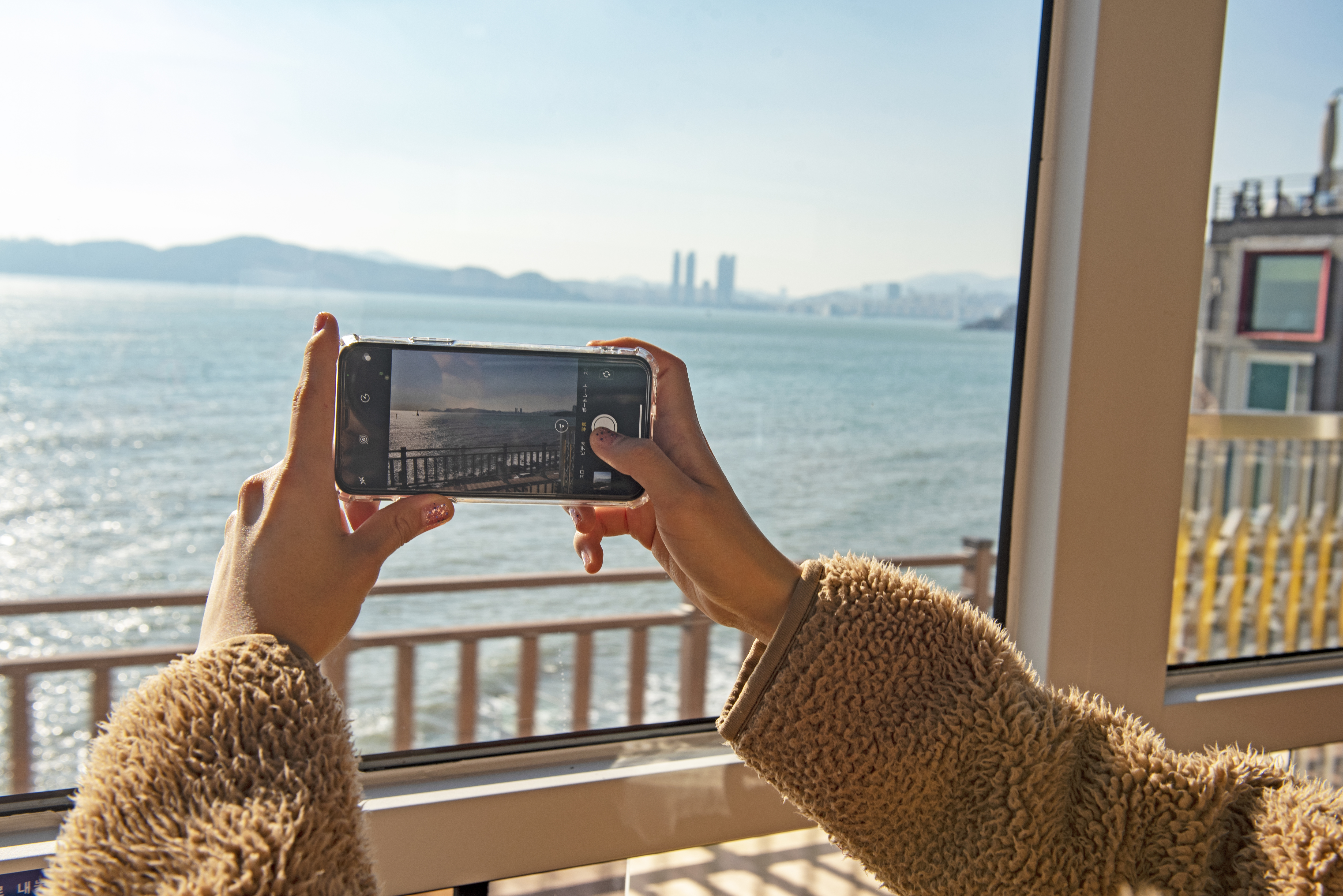 On October 8, 2021, South Korea signed a travel bubble deal with Singapore, the country's second following a similar arrangement with Saipan. Beginning November 5, 2021, individuals who have been vaccinated will be able to travel freely without being quarantined.

Their COVID-19 vaccination cards will be acknowledged as well. Singapore was ranked 12th in the number of yearly visitors to Korea, with around 200,000 individuals visiting each year, according to the International Tourism Department of the Ministry of Culture. Countries like Singapore and Indonesia used to have a significant demand for Korean tourism, particularly during winter.

The tourists who tested negative on a polymerase chain reaction (PCR) test were allowed to travel freely throughout the country without isolation. This set of tourists included a group of representatives and journalists from the Singapore Tourism Board. They were allowed to explore important tourist destinations in the greater Seoul region and Busan. Korea also inked an extra agreement with the Singapore Tourism Board, agreeing to collaborate in boosting tourism between the two nations.

Busan, sometimes known as the "City of Tomorrow," is a South Korean hidden treasure. It is a hotspot for wonderful beaches, intriguing food, religious sites, and spectacular cliffs for daring trekking or walking through the colorful lanes of a World Heritage hamlet.

In essence, you'll encounter a one-of-a-kind atmosphere in regards to the historical and cultural mixture, since the city possesses historical places and its own unique culture resulting from embracing diverse culture within and outside of the region more than any other place in Korea. Busan has a rich and diverse cultural history and a hospitable populace.

The newest observatory in Busan, Busan X The Sky, offers an incredible view of Busan’s ocean, skyline, and mountains. Busan X The Sky is located on the 98th to 100th floor of the brand new LCT Landmark Tower, which is the second largest building in Korea after Seoul’s Lotter World Tower. The tall tower stands at 412m and has 101 floors at a prime spot in Haeundae Beach.

The observatory allows you to capture the best photos of breathtaking city views in both daytime and nighttime as it provides a whole different side of Busan depending on what time you visit there. The Haeundae LCT Tower also features an urban entertainment complex including a shopping mall, sauna, water park, etc. On the 99th floor, you will encounter the world’s highest Starbucks to fill you up with caffeine.

The Osiria Tourist Complex in Gijang-gun is Busan’s mega project to develop a 366 million square meters complex with a giant theme park. The word ‘Osiria’ is originated from a combination of ‘Orangdae’ park, where you can enjoy the spectacular ocean view while walking along the waterfront trail, and ‘Sirangdae,’ which has the best scenic spot of the seashore’s rocks in Gijang’s history. The tourist complex has emerged as Busan’s major destination to visit, aiming to become a four-season complex marine leisure city with accommodation, leisure, shopping, and theme park facilities.

The budding complex continues to introduce a wide variety of attractions. A lot of tourists visit Lotte Premium Outlets, the Busan National Science Museum, Hilton Busan, Ananti Cove, and IKEA located in the tourist complex every weekend. The opening of Lotte World Adventure Busan is also scheduled for 2022 according to the Busan Metropolitan Government. Furthermore, Aqua World as another key part facility of the tourist complex, which features the aquarium and underwater hotel, plans to greet its customers in 2023. Banyan Tree Busan, the high-class 41,280 square meters hotel and resort, will open in 2024.

The Osiria Tourist Complex is breathing new life into Busan tourism. One of the latest attractions, ‘Skyline Luge Busan’ opened in July 2021. The track of 2.4 km consisting of banked corners, tunnels, and dippers will offer luge riders an unforgettable thrilling experience. Cameras built-in along the track will also take photos of your journey down the course for your souvenir with extra charge. This also can be one of the adventurous outdoor team-building activities you organize.

Team-building activities are an effective way for your team to connect, communicate and work together better. They are designed to bring together members of the company, so a common motivation helps you to get the objectives and foster bonds that strengthen teamwork. The pandemic seems to be dragging on endlessly and it’s no doubt its toll on everyone, which is why employee engagement activities during COVID-19 remain more important than ever before.

Small-scale tour groups can enjoy a throwback perspective of the Busan Green Railway walking track, and listen for the beach metallic clang and whistle with your coworkers. This is the nicest area in Busan for a restorative walk. Mipo is located at the eastern end of Haeundae and is also home to the Haeundae Beach Train Station. Once a main transportation line along the southeastern coast, the former Donghae Nambu Line has been transformed into the 9.6 kilometer Busan Green Railway promenade.

The railway passes through the coastal scenery of Haeundae, Mipo, Cheongsapo, and Gudeokpo, with hopes of providing a green and pleasant space for tourists and natives. In-person ticket booths are only available at the three main stations of Mipo, Cheongsapo, and Songjeong, but tickets can also be purchased at automated ticketing machines located on other stops as well. The entire trail and railway offer a magnificent picture of the contrast between Haeundae's skyscrapers and the lights from the little fishing boats bordering the coast. 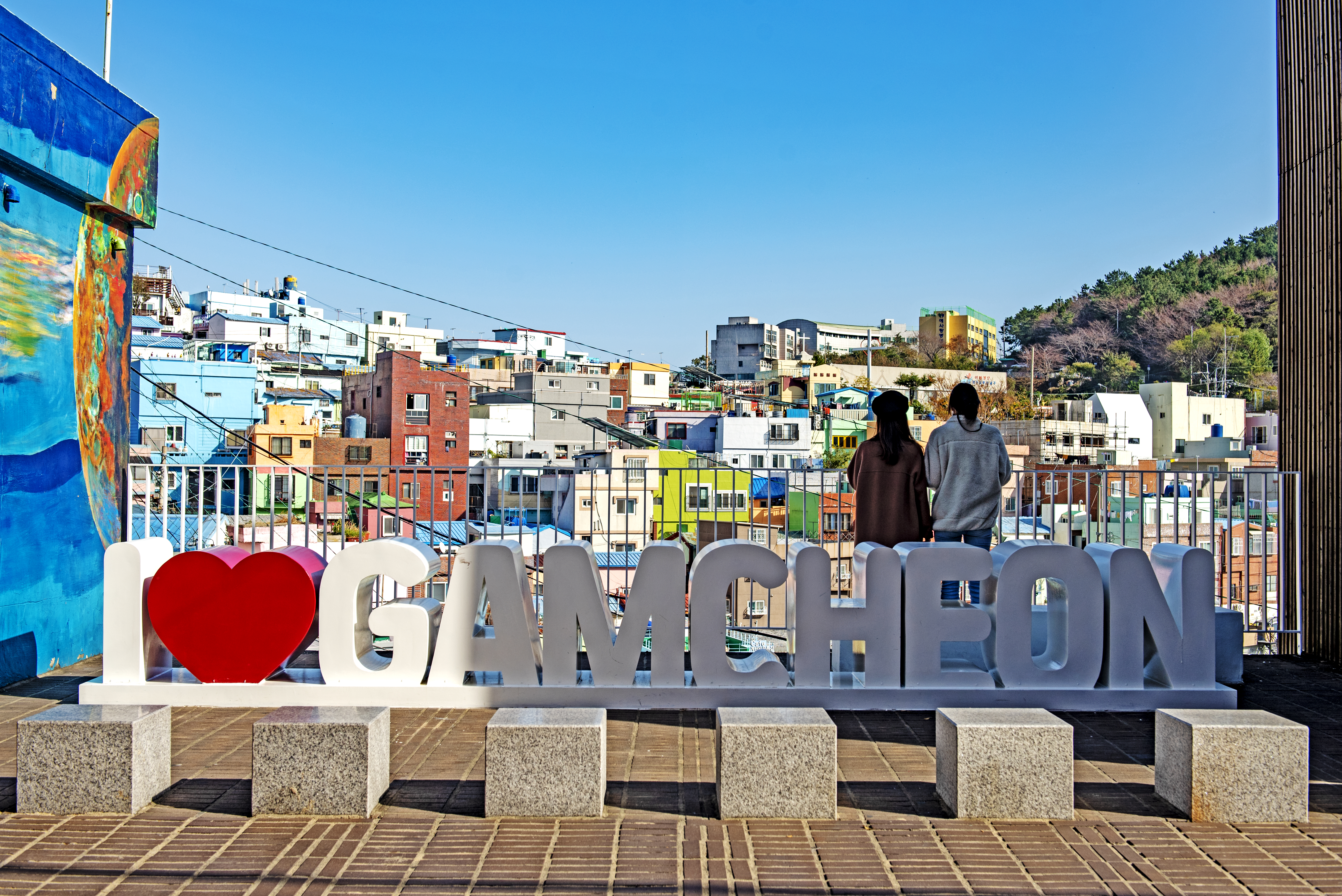 Gamcheon Culture Village is recommended for medium groups of people. The Village is a careful mixture of beauty and turmoil. This neighborhood is notable for its sloping streets, winding alleyways, and brilliantly colored buildings. The gorgeous Lego-like buildings painted in vivid hues will take your breath away. You may experience a range of Korean traditions here, such as producing Dalgona sweets from Netflix's renowned Squid Game or roaming around the streets wearing traditional Korean clothing like a K-pop superstar.

Finally, trekking on the Galmet-gil will not only give your team a change of scenery, but it proves the adage that fresh air always does a body. This activity will be suitable for a large group of people. These walking paths consist of different 21 routes including coasts, riversides, forests, and urban paths, which run throughout Busan. Trekking guides are also available that help you plan a successful team-building program for a large-scale group tour. 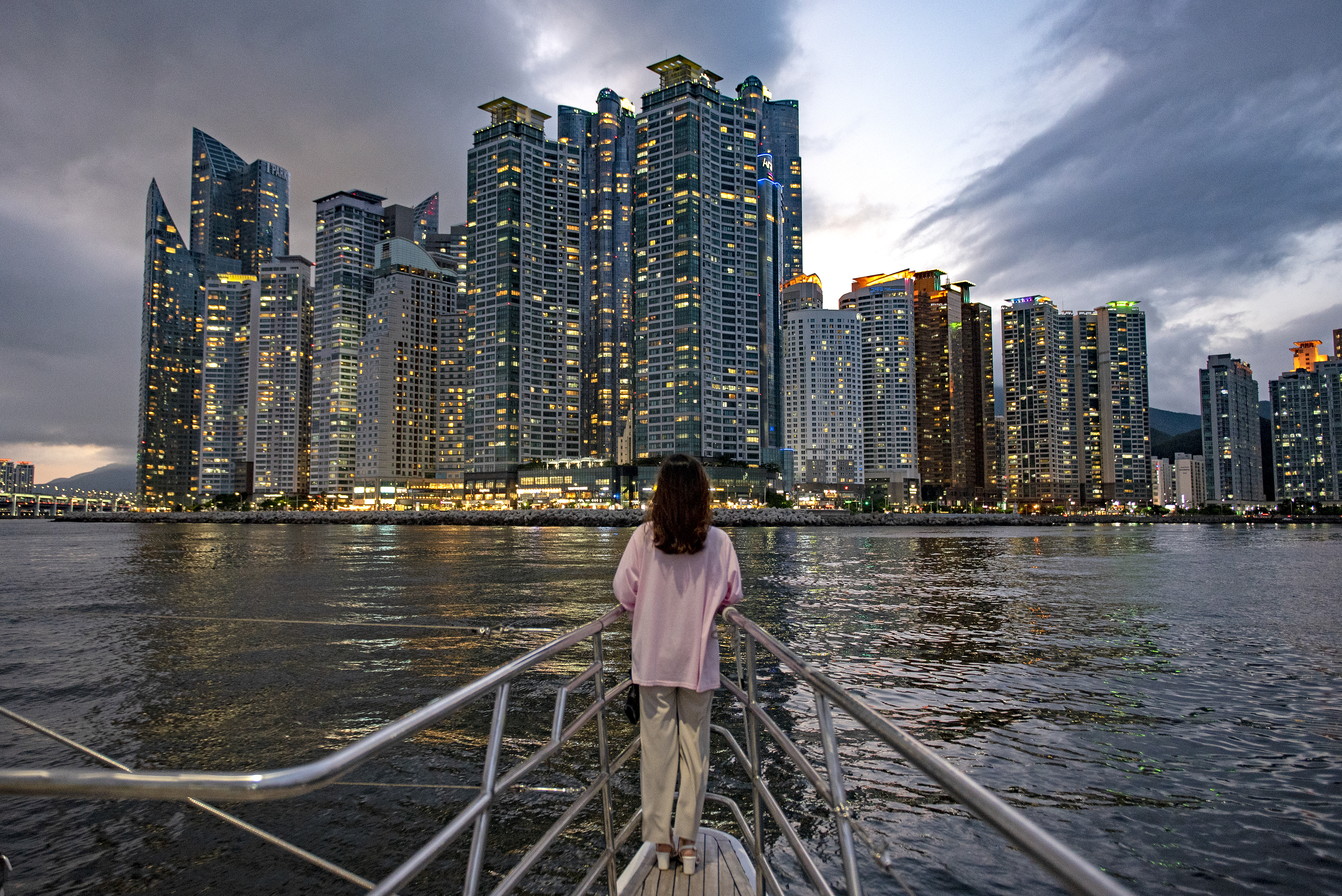 Contributing tourism facilities and resources as the largest coastal city in Korea and a major tourist attraction, the Busan Tourism Organization attributes the district's soaring position as a leading corporate travel attraction to its expertise and experience in organizing massive incentive tourism programs and cooperating with native MICE agreements, the KTO, and other local officials.

To help court visitors back to Busan, the Busan Convention Bureau team joined the webinars where KTO and other Korea’s CVBs promoted their MICE destinations for the targets of Philippine MICE stakeholders. They introduced various team-building programs and unique corporate event venues in Busan which target MICE visitors from the Philippines.

BTO’s incentive tourism strategy also targets Australia as one of the city’s main markets, Busan Convention Bureau also participated in another webinar that targeted 33 Australian and New Zealand Meeting Planners, presenting its major MICE venues and promoting the advantages of conducting incentive tours in Busan to the audiences. According to BTO, 95% of the participants in the webinar were satisfied with Busan’s presentation the day.

The city of Busan is increasingly known as a top incentive tourism destination for important MICE events, in addition to being a popular vacation resort.